In May, 2008 Western Specialty Contractors was awarded a contract to perform exterior improvements to the Valet Parking Garage in Downtown Kansas City.

The existing in-fill walls between the columns, consisting of exterior limestone panels and multi-wythe brick backup, were experiencing distress and posed a potential life safety concern. This, in combination with the poor air quality inside the garage, prompted the owner to make the facility open-air rather than enclosed.

The scope of work included removal of the existing window system and over 300 limestone panels, as well as the brick back-up. During demolition on the fourth floor, it was discovered that the columns supporting the upper two floors, which were added in 1964, were poured around the existing parapet, compromising their original design strength. This required reinforcing the columns using carbon fiber.

Western performed extensive repairs to the concrete spandrel beams and columns that were exposed after removal of the in-fill walls. Opening the structure also required installation of DOT guardrail system in each bay. Prior to installing the guardrail system, a sheet metal cap flashing was placed over the exposed walls. The parking facility remained in use on all levels during the entire project. 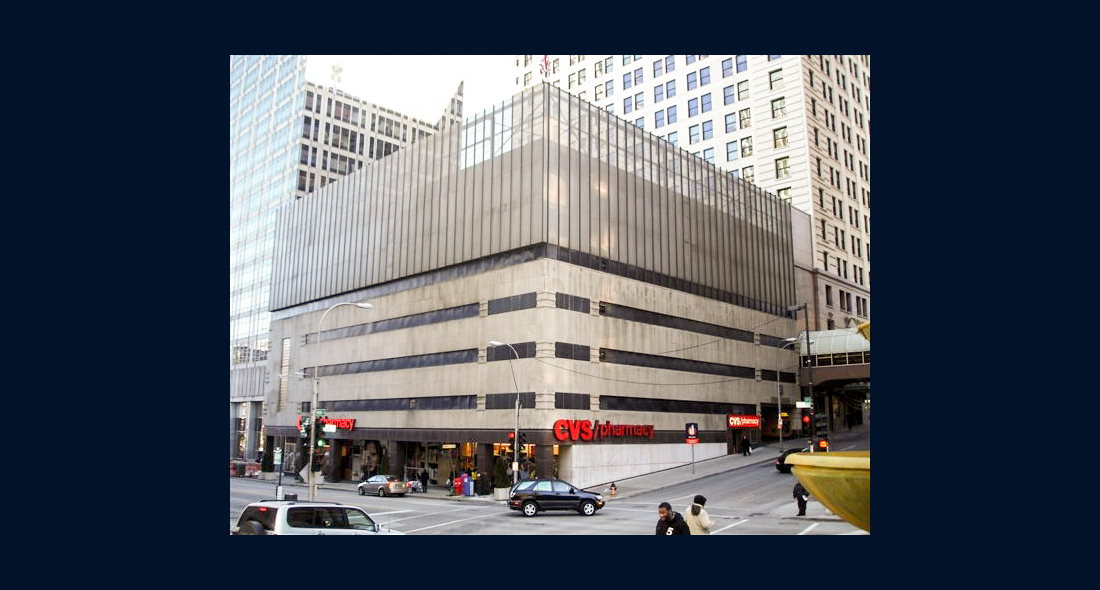 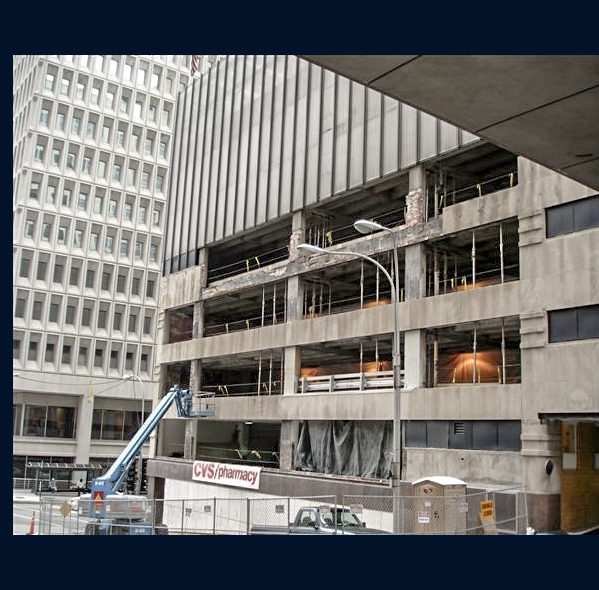 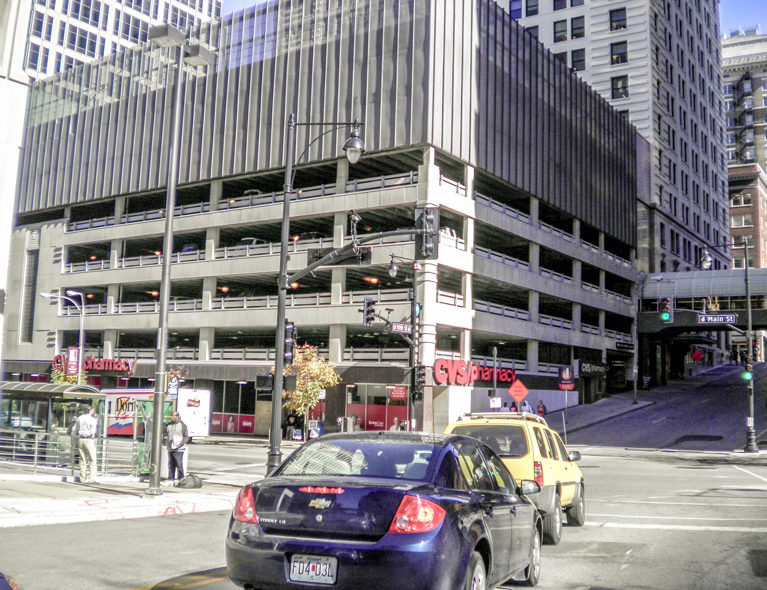