Western crews surveyed each parking deck individually to determine specific damage for each, then provided the owner with a detailed outline of recommended work needed to restore each level. The dealer worked to sell down inventory and rotate his vehicles to make room in the garage for Western's crews to begin work.

Western crews began restoration of the top level, which is most exposed to the elements, by cleaning all concrete surfaces using a high-pressure water blaster (3,000 psi). Once the pressure washing was complete, Western crews heavily saturated the concrete surfaces with an Enviroseal 20 clear penetrating sealer. Approximately 5,580 lineal feet of existing cracks and control joints were routed, then sealed with a urethane sealant. Western crews went on to remove approximately 318 lineal feet of existing sealant around the perimeter joint, then lightly grinded the joint edges to remove any loose residual sealant. A new urethane sealant was then applied.

A total of 1,300 square feet of new pour strips were installed to allow for expansion/contraction of the concrete intersections. Slab areas, perimeter column caps and exterior wall weld plate embeds where deteriorated/cracked concrete was detected were saw cut and chiseled out and replaced with new concrete.

Western crews cleaned all concrete surfaces using a high-pressure water blaster, routed approximately 5,580 lineal feet of existing cracks and control joints, then sealed them with a urethane sealant. Approximately 540 lineal feet of existing sealant around the perimeter joints was removed and replaced with a urethane sealant.  Oxidation on corbal bearing plates and double tee bearing plates was removed and refinished with an alphatic urethane top coat. The precast wall perimeter was also re-sealed and repairs were made to damaged columns, which were resealed with two coats of an anti-corrosion bond inhibitor. Damaged concrete on the slab floor was saw cut and chipped out and replaced with new concrete.

On the lower level, Western crews removed oxidation on the gusseted steel corbeis, spanning plates and double tee bearing plates, then applied an alphatic urethane top coat. Deteriorated concrete around the beams was removed, any damaged steel replaced and the beams patched with new concrete. On areas where steel web was showing as a result of deteriorating concrete, the surrounding concrete was removed, the damaged steel was replaced and the area patched with new concrete.

The techniques and materials used by Western to restore the parking garage will protect it for many years to come. 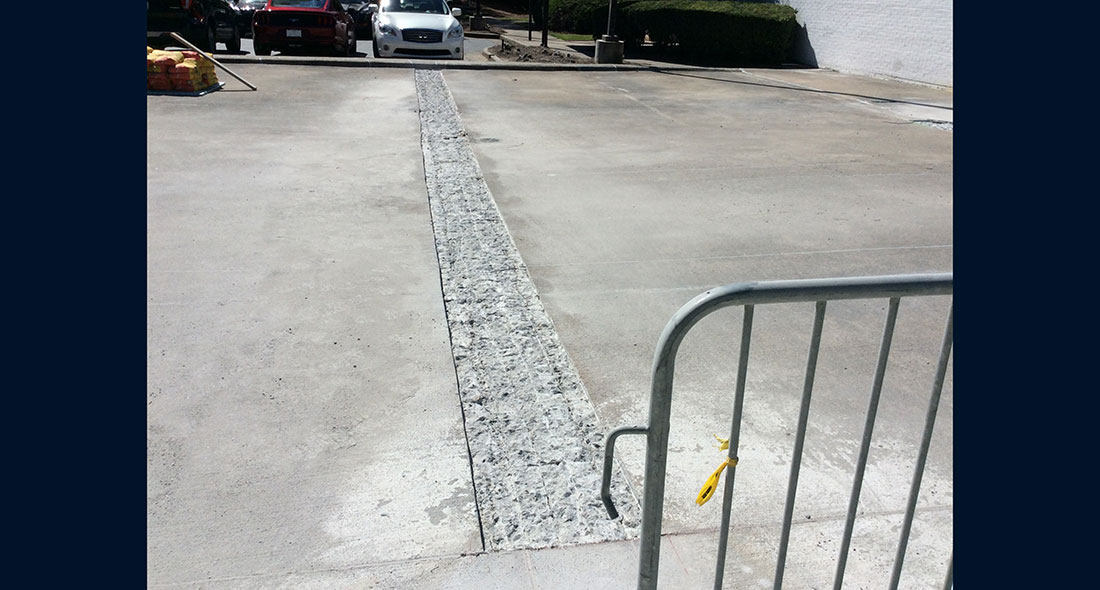 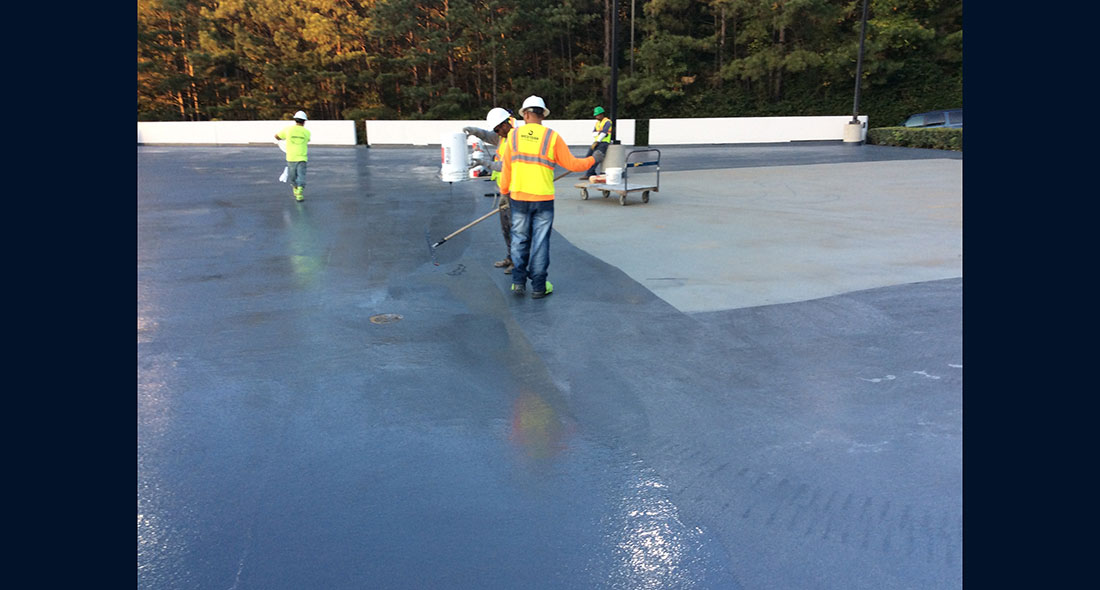 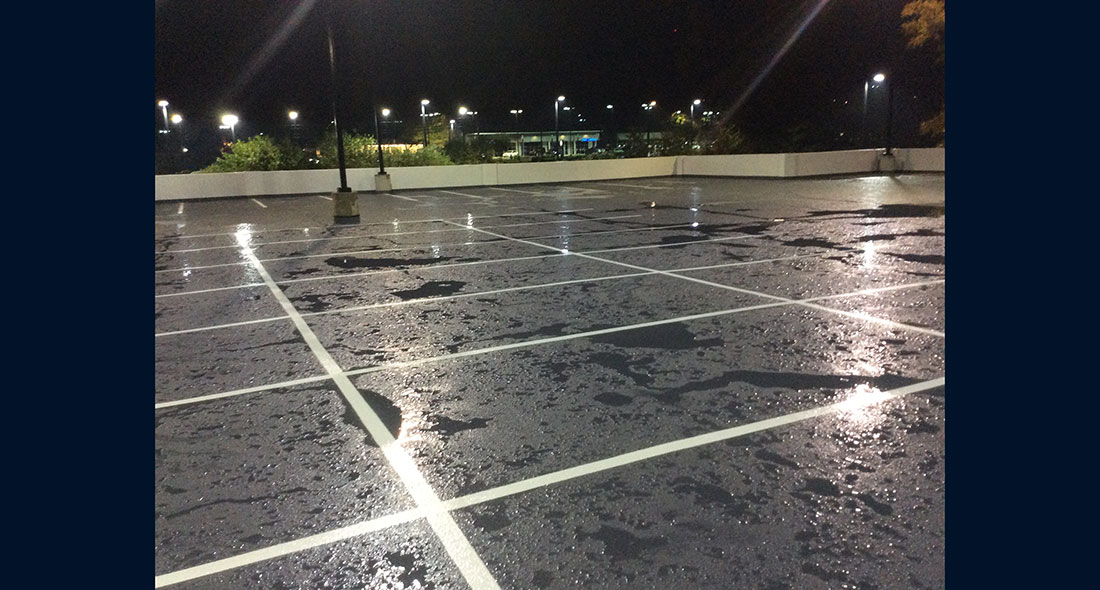