The Lofts at the Park II condominiums are located in Downtown Atlanta. The building was constructed about five years ago. Since it’s opening, the Lofts had experienced water related problems. Consultants, Williamson & Associates did a thorough investigation of the masonry exterior and found a number of construction related issues.

The flashing was improperly installed at every shelf angle. This allowed water infiltration into the condo living spaces. A scope of work was developed and Western Specialty Contractors was chosen to complete the exterior repairs.

Western began this project by removing bricks from the exterior of the parapet and then the interior parapet sheathing. New Densglass Gold sheathing was installed on both sides of the parapet. Perm-a-Barrier flashing was then applied to the shelf angles. Felt paper was installed over the Densglass Gold to prevent water from infiltrating the new sheathing. The parapet facade was then rebuilt using the original bricks that had been removed.

Once the parapet was properly waterproofed, Western proceeded with the following five floors below the parapet. The first step in the remaining five floors was to install stainless steel helical pins into the brick facade to prevent it from separating from the exterior wall. Once the pins were installed, Western removed areas of brick approximately 22’ long and 2’ high to access the existing shelf angles and install new Perm-a-Barrier. As the bricks were removed, shoring was installed to prevent vertical settling of the bricks. Once the flashing was completed, Western reinstalled the bricks at all the shelf angle locations by piecing in the bricks around the supports to ensure proper support. Once the mortar cured, the shoring was removed. Horizontal sealant was installed below the shelf angles, as well as, vertical sealant joints spaced at window perimeters.

At the base of the building shelf angle, improper support installation was uncovered. Western was directed to remove the deficient, cracked, rolled bricks and fill the void between the bricks and the block beyond. The Perm-a-Barrier flashing was still utilized but it was installed approximately eight inches higher than originally constructed.

Upon the completion of the masonry and waterproofing repairs, Western cleaned the building facade and installed deck coating on the fourth and fifth floor balconies. They applied an elastomeric coating on the cast stone copings as well.

The base bid included replacing two feet of roofing around the entire perimeter of the roof. During the removal, Western found the existing roofing had come loose and there was ponding water underneath the vapor barrier. The solution was total roof replacement. Western removed the roofing and vapor barrier and installed a new Soprema self adhered roofing system in it’s place. 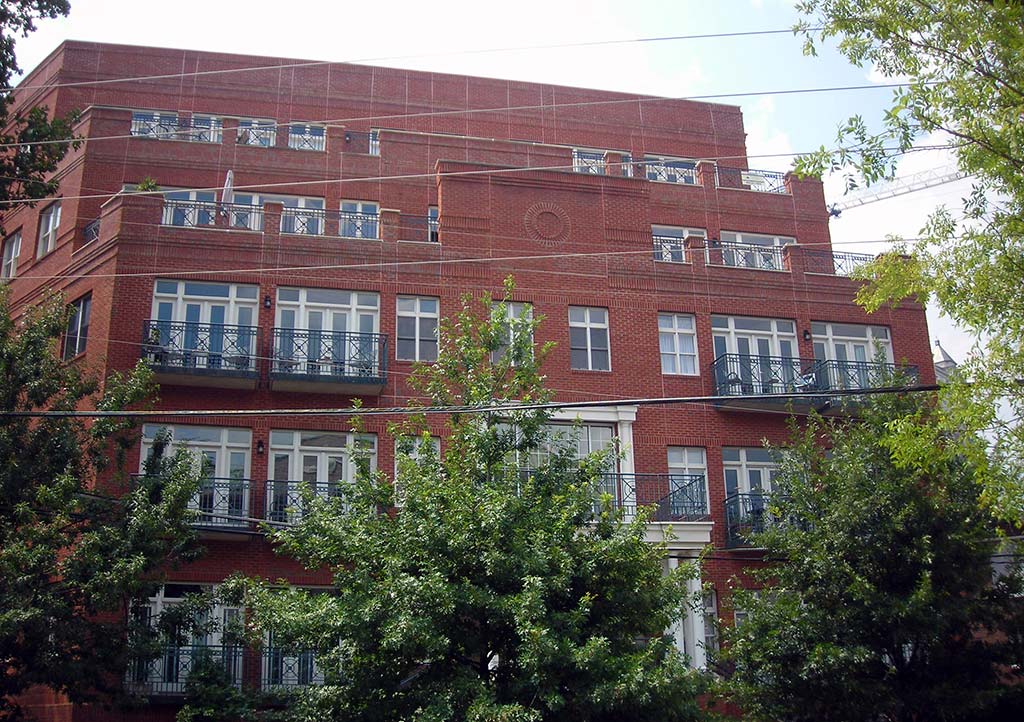 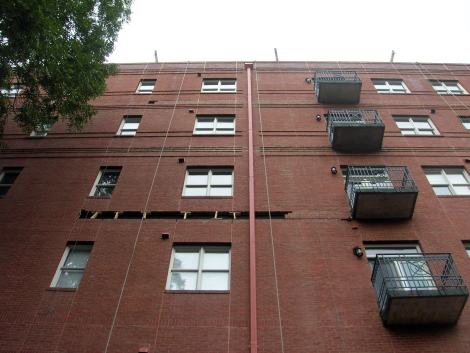 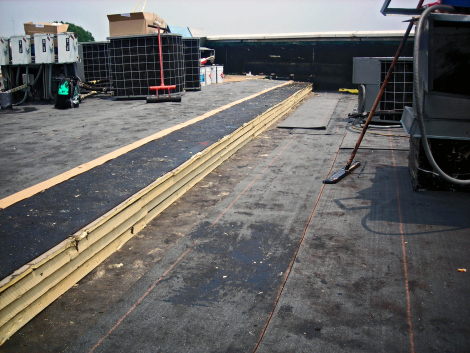 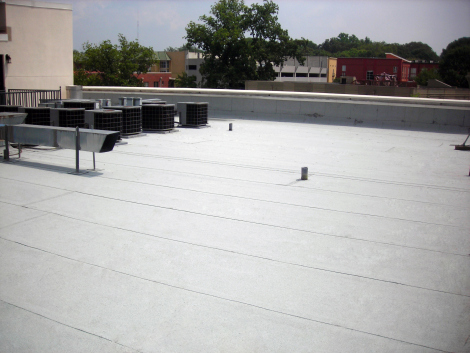 Lofts at the Park II