Western Specialty Contractors – Springfield, IL Branch was recently honored with restoring the historic receiving vault that once held the bodies of assassinated President Abraham Lincoln and his son, Willie, following Lincoln's funeral service on May 4, 1865 in Springfield, Illinois. The bodies of Lincoln and his son, who died at age eleven in the White House, rested in the receiving vault until Dec. 21, 1865 when they were moved to another temporary vault.

The vault, which had served as a temporary tomb while burial plans were made or if a grave could not be dug due to frozen ground, is located at the base of a hill, north of President Lincoln's tomb in Oak Ridge Cemetery. Due to its location at a low spot in the cemetery, the vault was subject to water penetration which resulted in major deterioration. The vault's restoration needed to be completed in time for a two-day ceremony on May 2-3, 2015 to re-enact and commemorate the 150th anniversary of Lincoln's funeral.

The initial phase of the project involved channeling water away from the vault with the installation of drains. Once that task was completed, the general contractor began excavating the area around the vault in preparation for Western's scope of work which included waterproofing, repairs to the stone facade, and restoration of the vault's marble interior.

Constructed in the 1860's using outdated materials and technology, Western crews encountered more extensive deterioration to the vault than they had originally anticipated. During the excavation around the outside of the historic site, it was discovered that the walls making up the vault's exterior were in such poor condition (bricks were deteriorating, voids were present in the masonry wall, and stone infill had been used) that waterproofing could not be applied directly to the surface, and an alternate means of repair was necessary to prepare the vault for the waterproofing application.

Western crews used their extensive experience in historic restoration to find a solution to the challenge.

“Because this was a historic site, the customer did not want us using a lot of new means and methods to restore it,” said Springfield Project Manager Josh Woolard. “We had to come up with a scope of work that would repair the walls without compromising the integrity of the historic structure. We formulated a system using a low cement ratio mortar and brick infill in areas where the brick had deteriorated away from the wall. After infilling the voids in the walls, we applied a layer of the low cement ratio mortar to the entire wall surface to create a smooth surface with no protrusions that could penetrate through the bentonite sheet waterproofing.”

Another challenge to the project was finding a quality match for the stone replacements on the serpentine retaining walls that extended outward away from the vault entrance. Due to the age of the vault, the original stone material used was no longer available, and Western crews had to find a suitable, alternate material that would closely match the existing stones and meet the customer's needs. Many mock-ups of stone fabrication were required to find the perfect match.

“These walls contain two curves, one inward and one outward. Due to this fact, it was not only a matter of finding the correct length and depth of the stone, but also finding the radius of the curves in order to fabricate stone that would fit into the voids created by the removal of the stones,” said Woolard. “In order to find the radius in the stone, we had to remove the existing stone. By first creating a template on Styrofoam of the gaps created by the removal of the stones, we were able to use computer software to find the radius of the curves within the wall.”

“Unlike most joints in masonry construction, these joints were not concave or flat joints. Instead, they were beaded joints within the masonry. In order to achieve this effect, we used special tools and procedures which allowed the mortar to hold its shape while it was formed. This process provided a less workable material and was more time consuming for even small amounts of tuck pointing, but the end result is a structurally-sound, historical replication of how the vault was originally constructed,” said Woolard.

Western crews completed their restoration work by carefully cleaning the tile floor and marble walls and ceiling inside the vault chamber using Prosoco 942 cleaner with a low pressure rinse. Additionally, crews re-attached two marble doors on the loculi, or shelves set into the wall of the vault where a coffin or body is stored.

The restoration project was completed on May 1, 2015 in time for the commemoration and funeral reenactment ceremonies. Western took great care in respectfully preserving not only the look of the receiving vault, but also the method by which it was originally constructed. With the restoration process in place, the historic vault is now preserved for future generations to treasure and appreciate. 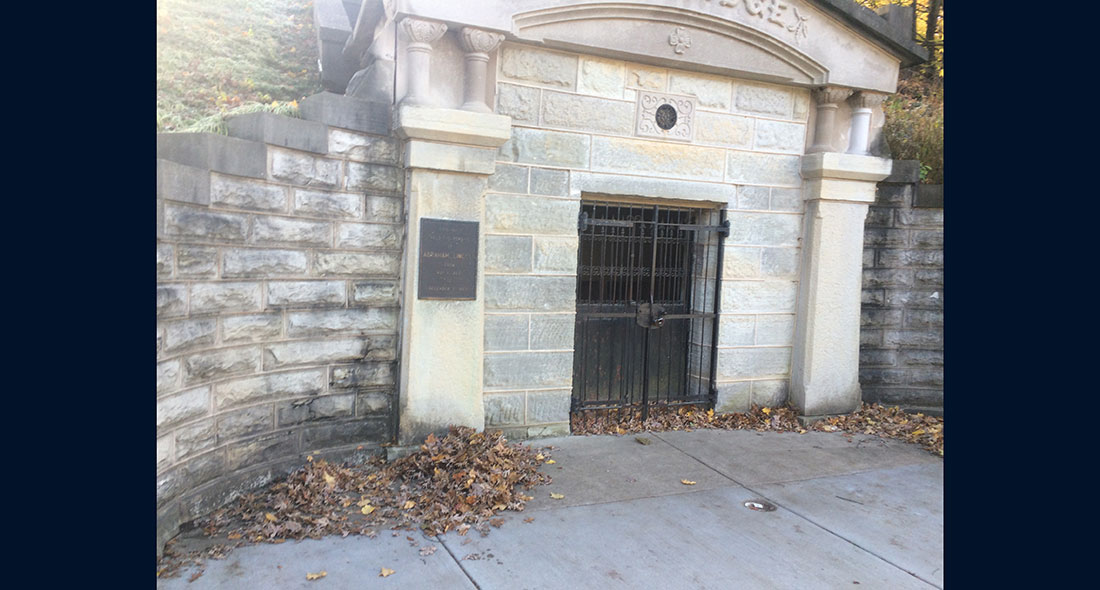 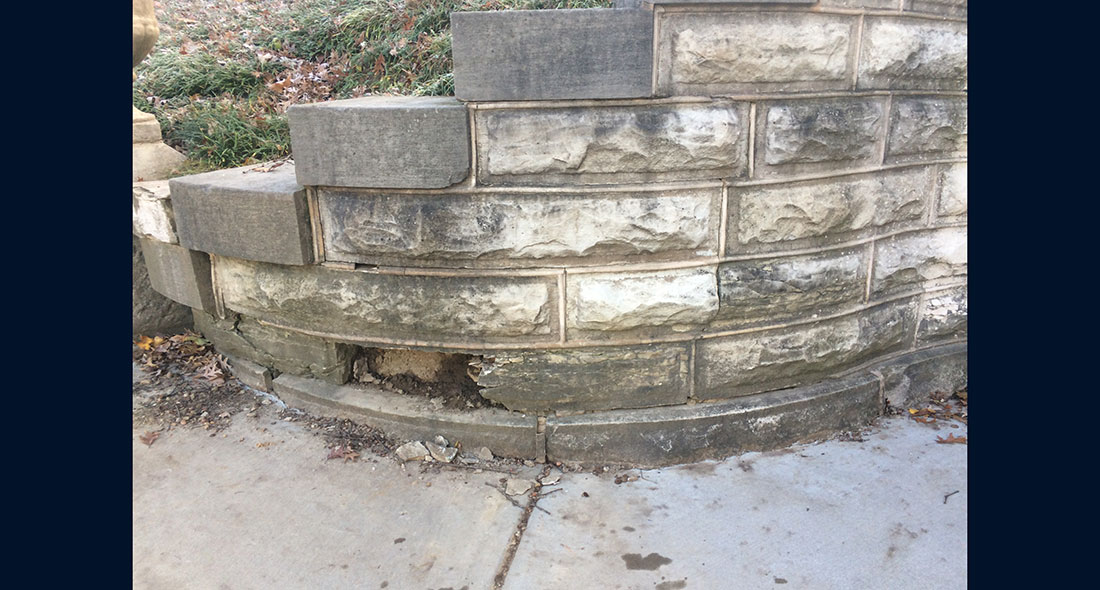 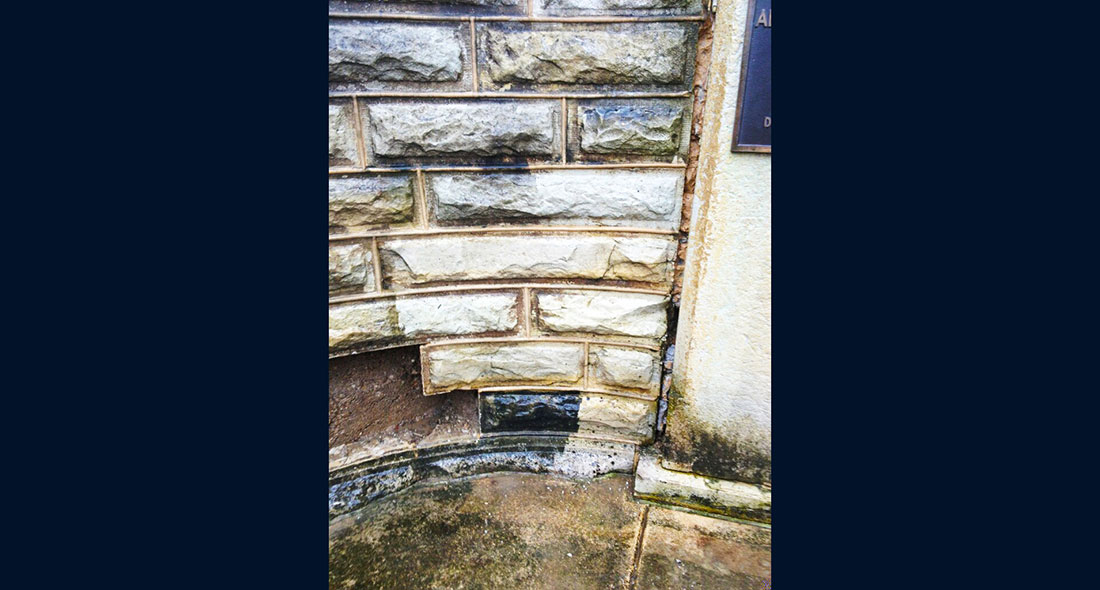 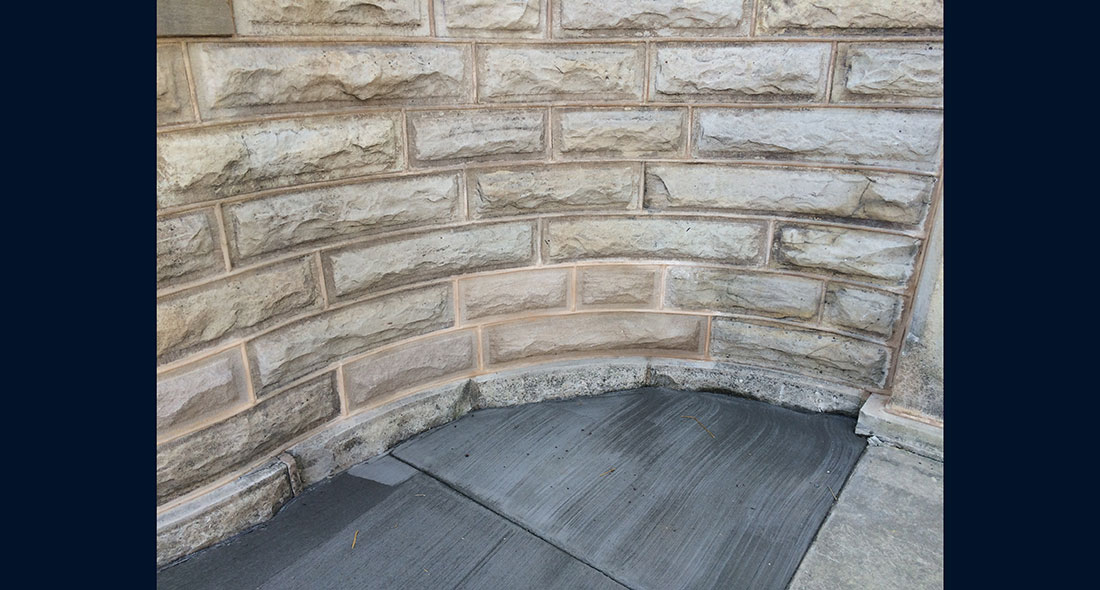 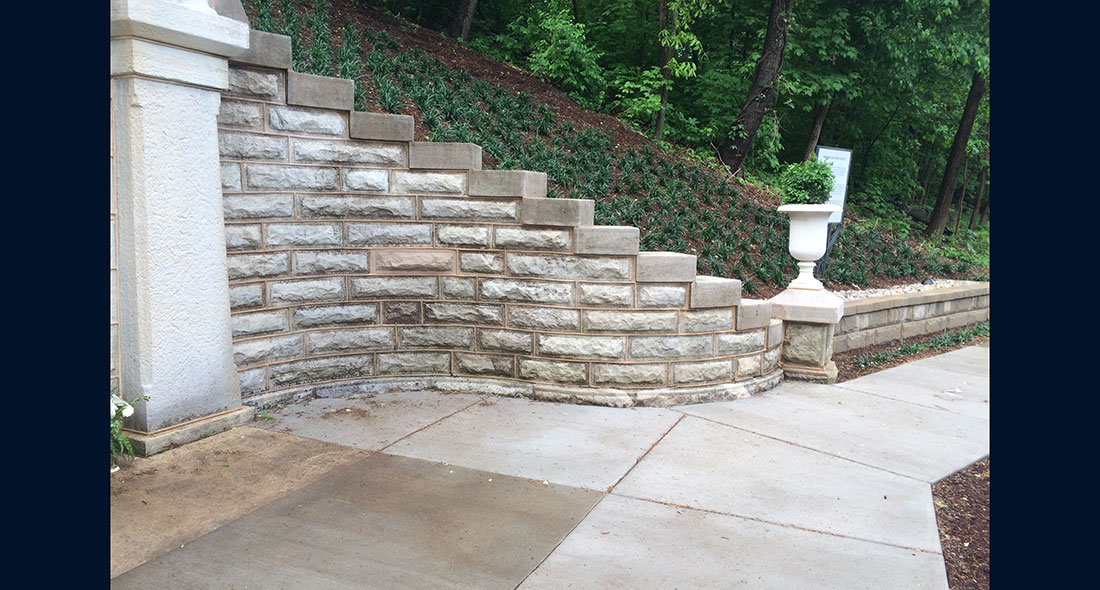 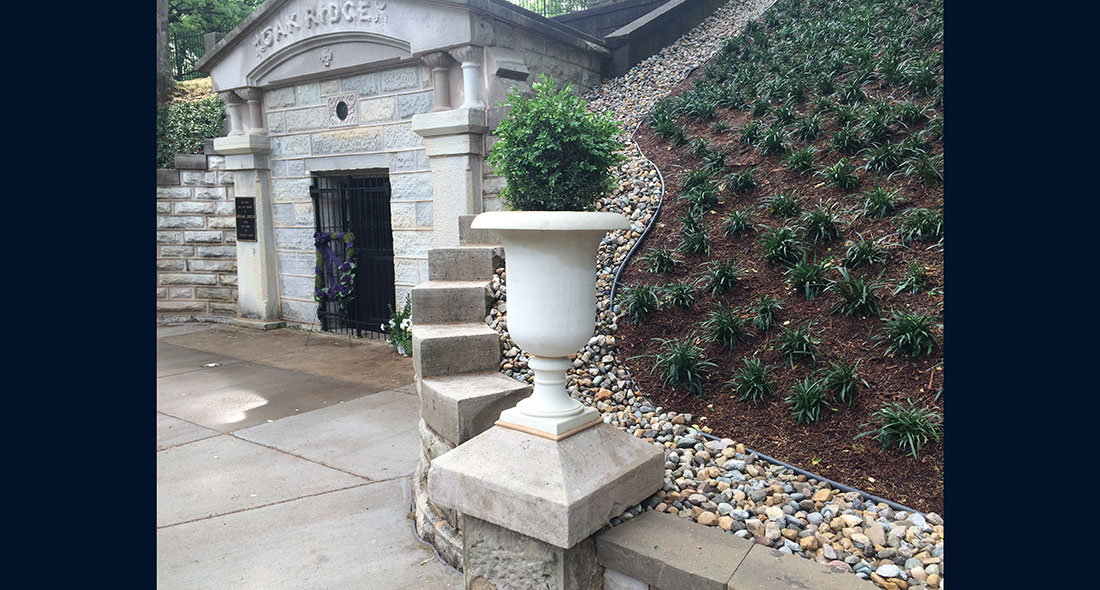 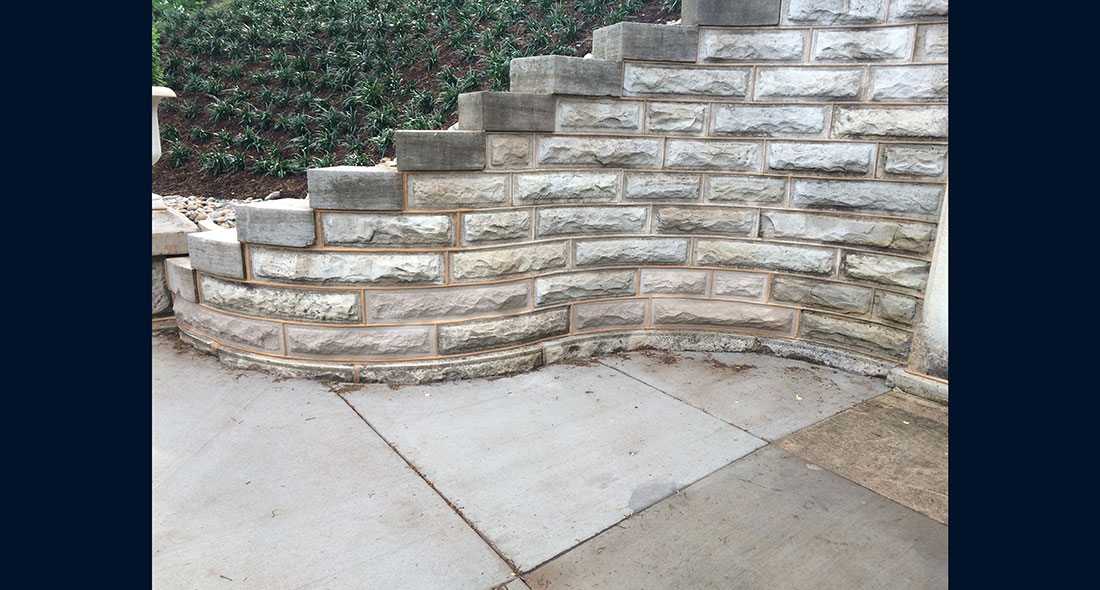 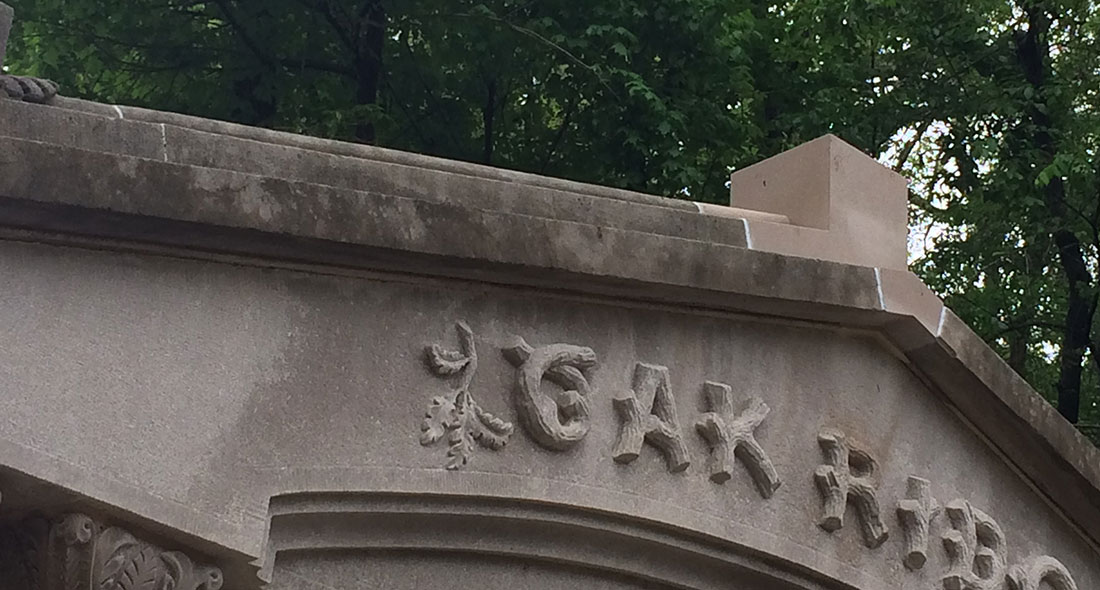 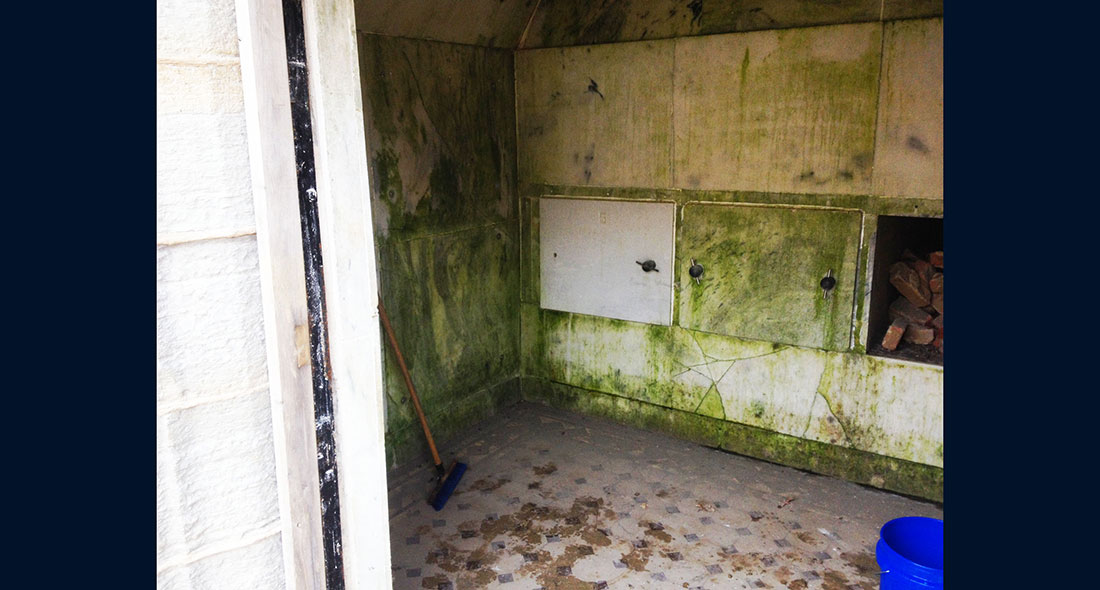 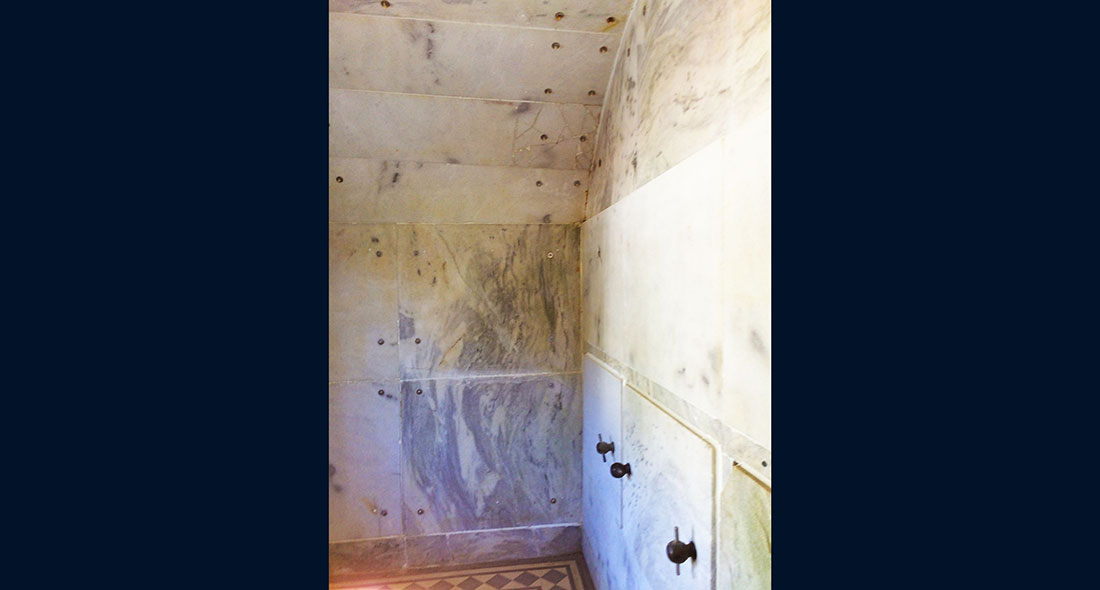 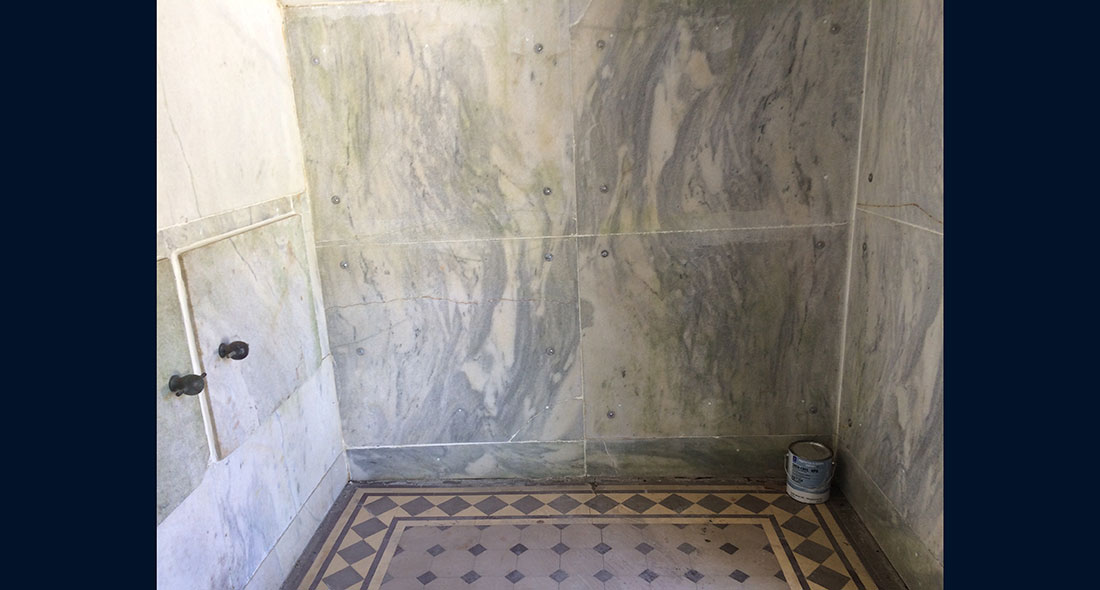 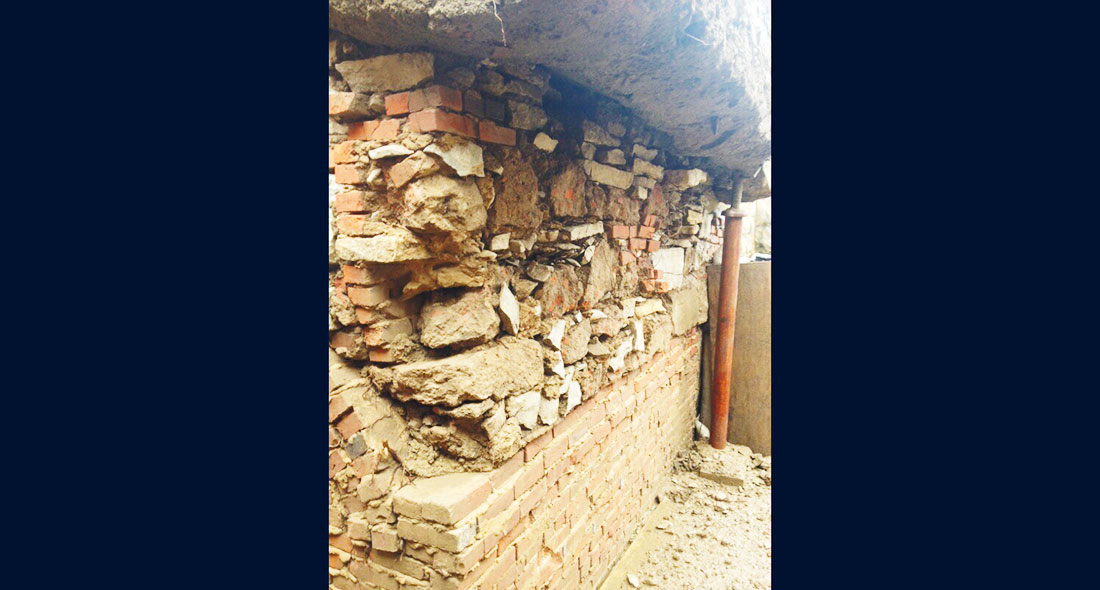 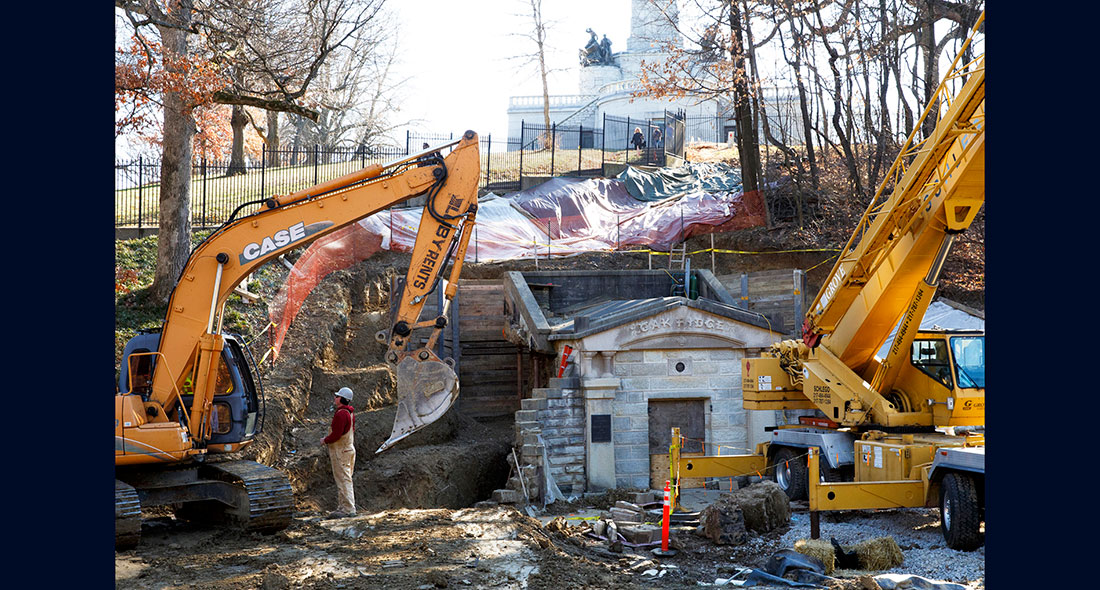 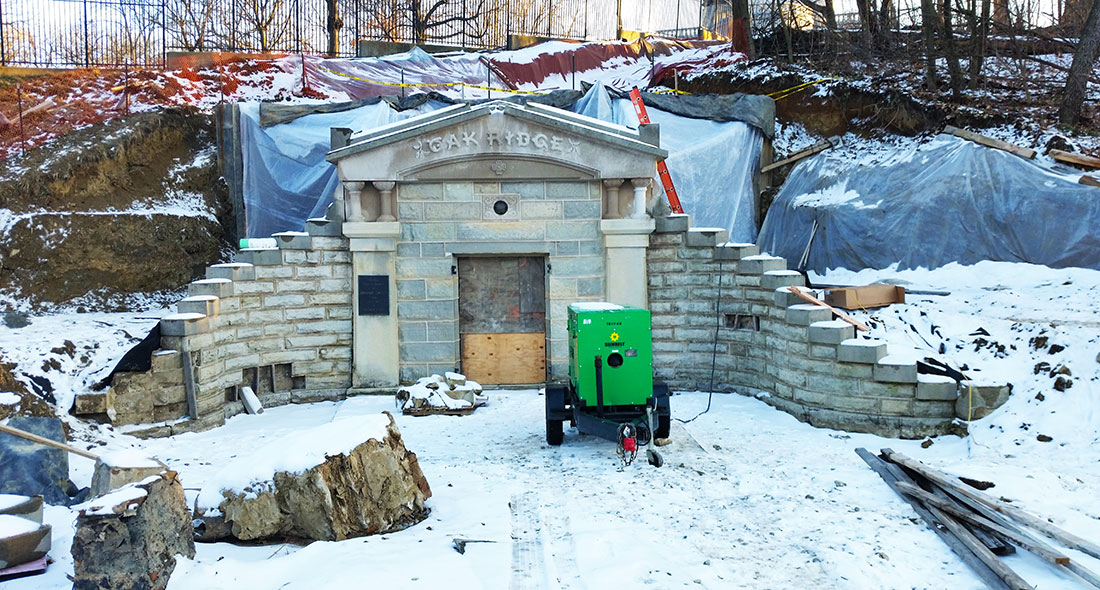 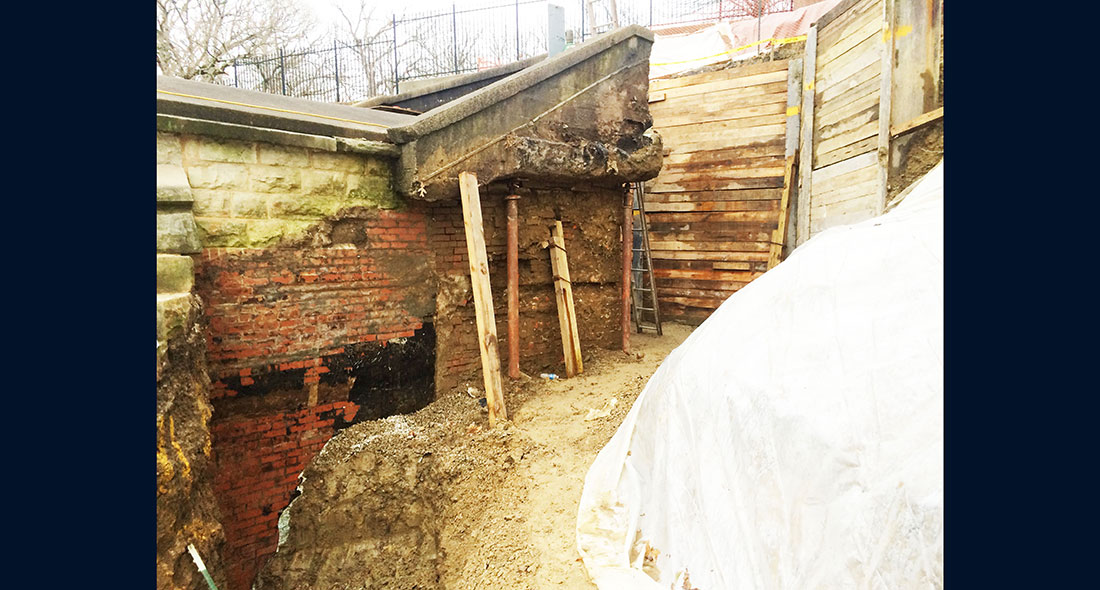 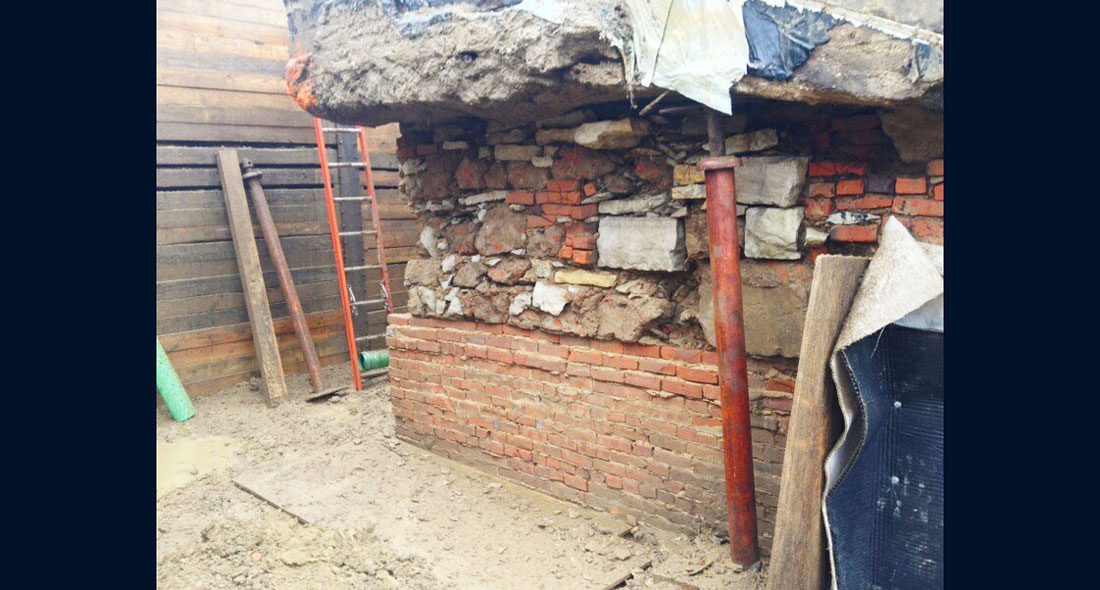 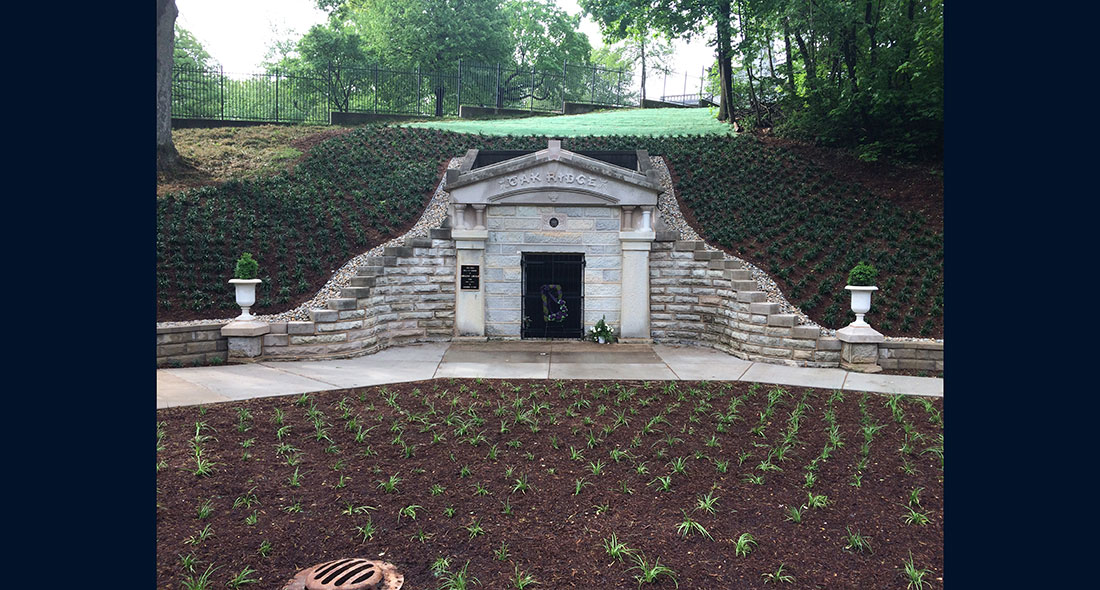