Western received the AGCOK’s Stone Restoration award for its work on the Theta Pond Bridge improvements at Oklahoma State University. The sidewalk around the university’s iconic Theta Pond, known as Greek Walk, and its five-foot wide wooden bridge over the pond had degraded over the years, creating a potential hazard. Western crews were contracted to remove the old wooden bridge and replace it with a stone bridge consistent in design and scope as the existing architecture on campus.

The new 8-foot-long bridge, renamed Greek Centennial Bridge, is an important focal point of the area, which provides a beautiful scene for students and visitors to take pictures and visit.

“It was important that the bridge compliment the surrounding landscaping and blend into the existing surrounding stone,” said Oklahoma Branch Manager Doug Martin. “It was a challenge working on a college campus with thousands of students walking by, plus trying to maneuver large and heavy stones into place without damaging any of the existing landscaping. I am proud of the beautiful, durable bridge that our crew created for the university and its students.”

Western received a second AGCOK award for Historical Restoration for its façade and structural work on the Intrada El Reno Apartments in El Reno, OK. Intrada El Reno is a historic hotel building that has been converted into apartments for people with low incomes.

The historic restoration project was challenging to Western’s crews who had to remove existing windowsills and ship them to the fabrication shop where drawings were created for approval by the project engineer. Molds were then constructed based on the drawings for the replacement windowsills to be cast, then shipped back to the job site for placement.

“Being a single-source contractor to address all the needs of the developer was a huge plus for all involved. We were able to address all the needs that Vecino Group had with the restoration of the facade, structural repairs of all concrete and the waterproofing needs,” said Martin. “The process of matching the existing decorative profiles of the Porte Cochere was our biggest challenge. Through making a cast of the existing profiles to create concrete forms to the considerable time and talent it took to hand patch the balusters, our crews proved to be up for the challenge.” 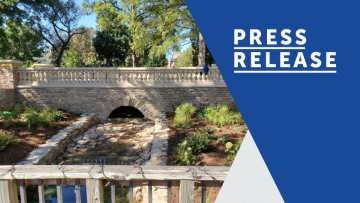