Western would like to recognize David Grandbois in this month's Employee Spotlight.

Kudos, Dave—and thank you for being a valued member of the Western team! 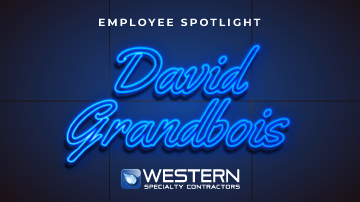